Famous Jewels That Have Made History – Relics Of Humanity 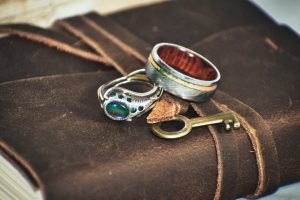 Jewelry has always been a very valuable item for most civilizations. Gemstones have served as a decorative element but are also a symbol of power and wealth. Hence, they are not considered as simple accessories and have been used for years by monarchs, aristocrats and families of high society.

But did you know that there are famous jewels that have gone down in history? These relics are invaluable for having been present at exceptional events in history or for having been worn by highly relevant characters. These historical jewels are protected with maximum security due to their high economic and symbolic value. Do you want to know what jewelry we mean? Argimiro Jeweler makes you a selection of the 4 most valuable relics of humanity.

It is a spectacular diamond with a macabre legend behind. It is said that a priest stole it from a shrine that paid tribute to the Hindu goddess Sita, and that when ruthlessly extracted, the goddess cursed everyone who possessed it. And although this is only a legend, the reality is that a series of terrifying events occurred when someone had it in their possession. For example, Jean Baptiste Tefernier, the smuggler who was in charge of transporting the Hope diamond from Asia to Europe, died during that same trip, eaten by a pack of dogs.

Later the diamond was bought by the monarch Louis XIV and coincided with the death of several of his young children. Years later, Louis XIV would give this jewel to Marie Antoinette of Austria , whose death we all know.

Apart from belonging to great figures of the monarchy, this diamond has also traveled through the hands of the banker Henry Thomas Hope, the American magnate Ned McLean and the jeweler Harry Winston. The latter was in charge of donating it in 1958 to the National Museum of Natural History of the Smithsonian Institution (United States) where the jewel rests to this day. 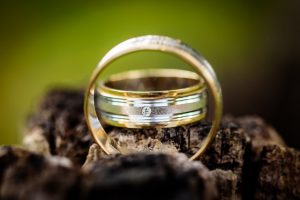 Does the name of the Peregrina pearl sound familiar to you? It is one of the most important famous jewels of the Royal House of Spain because it is considered one of the best pearls in the world. Its peculiarity lies in its teardrop shape , something that is very difficult to find. The Peregrina pearl traveled from Panama (her country of origin) to Spain where it was worn by several queens who fell in love with it. María Tudor, Isabel de Borbón or Isabel I of Portugal were some of the lucky ones who wore it as a necklace during ceremonies and parties.

After Elizabeth Taylor’s death, the pearl went up for auction and was eventually sold for a price of 9 million euros.

One of the most famous rings in history is the one Diana herself chose from a catalog when Charles of Wales proposed to her. Lady Di fell in love with this 18-carat blue sapphire encased in 14 diamonds. The ring became a very popular jewelry piece worldwide and became one of the most desired jewelry in the world.

Undoubtedly, this is one of the most popular rings in history and also one of the most desired as replicas can be found at a more affordable price as an engagement ring .

Fabergé Easter eggs are jewels that have undoubtedly gone down in history as a symbol of Tsarist Russia. Beyond being jewels of high economic value, they are considered works of art for their artistic details. In total Fabergé created 69 Easter eggs, but when the tsarist family fell, they were looted and distributed throughout the world.

Although the whereabouts of many of them are unknown, it has been recognized that Queen Elizabeth II of England owns three Fabergé Easter eggs.